Chloé participated in a New Model Adviser podcast about financial education and wrote to the Secretary of State for Education to demand change in how children are taught about finance (see In Print for more)! 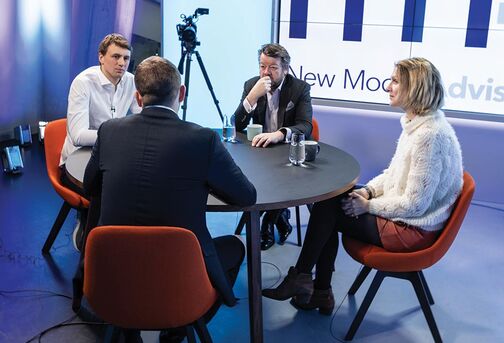 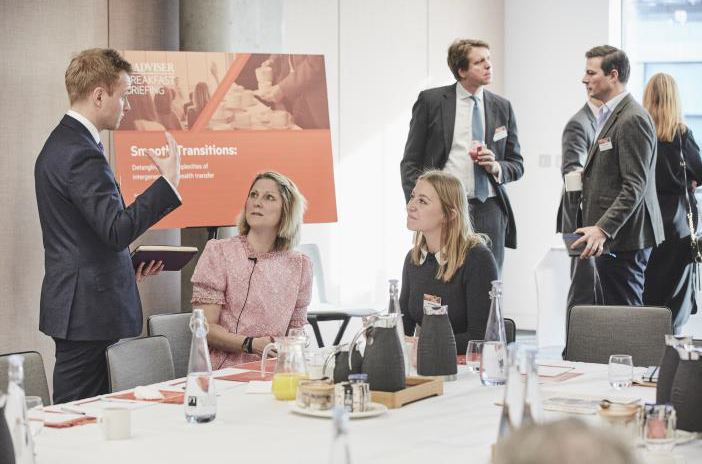 Hayley was a finalist in the Women in Investment Awards in the category of 'Role Model of the Year'.

Hayley & Chloé attended the Personal Finance Society's Conference in Birmingham.
Chloé was selected as one of three finalists for the prestigious 'Paraplanner of the Year' award.
October 2019​
Chloé Moran has joined us this month as a Chartered Financial Planner. Chloé has won several awards this year for her work at 1825 as a Paraplanner and we are excited to have her join the team. Welcome Chloé!
​We are also delighted to announce that Hayley has been shortlisted as a finalist for two awards in the Women in Investment Awards (Role Model of the Year and Most Inspiring Returner); with tough competition we are excited to hear the results in late November!
September 2019
As we further develop our interest in ethical and sustainable investing, we are also now a proud member of the UK Sustainable Investment and Finance Association
July 2019​​
We are delighted to welcome Fred Thompson to the team in Client Support.
June 2019​​
Hayley was asked to join the newly formed Advisory Group to IA Sectors Committee, working with the Investment Association to incorporate the views and needs of advised consumers in relation to investment classification.

We are delighted to announce that Hayley has been shortlisted in another set of awards - for Financial Adviser of the Year in the Women in Finance awards 2019.
​May 2019​
We've been sharing our approach to financial planning  in a supplement in London's Evening Standard. If you missed your copy on 13 May, here's our advert and a link to the full financial services pull-out. ​
We were sad to say goodbye to Daniel this month as he moves onto new challenges. We wish him the best of luck!

April 2019​
We have moved! Our London office has moved to bigger premises in Chalcot Road in Primrose Hill. We look forward to seeing you there.
March 2019​
Hayley wrote the following article in Money Observer on ISAs.
January 2019
Daniel contributed to a Daily Telegraph Money Makeover this month.
November 2018
Hayley contributed to a Daily Telegraph Money Makeover this month.
October 2018
​Hayley contributed to this article for the HomeOwners Alliance on how to save for a deposit. ​
We are also delighted to announce that Hayley won the 'Team Leader of the Year' award at this month's inaugural Women in Financial Advice Awards (2018). With over 800 nominations and just 26 awards, we feel very privileged.
​
​It was very inspiring to see so many women recognised for the excellent work they are doing in Financial Advice. A big thank you to all our clients, friends and supporters and the fabulous Rose & North team for helping us flourish in a very difficult year. 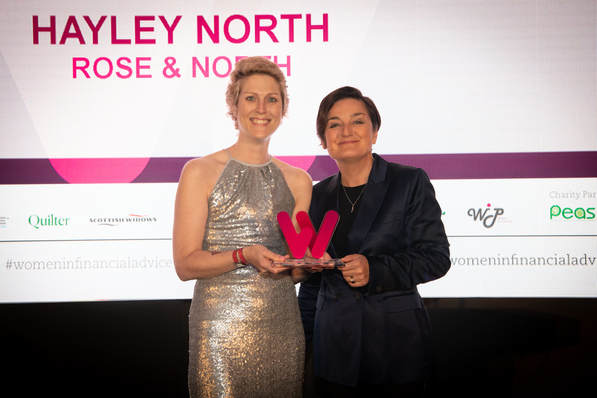 September 2018
​Hayley has been selected as a finalist for Investment Woman of the Year (Small to Medium Firms) in Investment Week's Women in Investment Awards 2018. Winners will be announced on 28 November.
Good Luck to all those shortlisted and thank you for recognising our hard work!

August 2018
Hayley is a finalist in four categories in Professional Adviser’s Women in Financial Advice Awards 2018.
We couldn’t be more pleased! 👏🏻 The award categories are: Financial Adviser of the Year - London, Mentor of the Year, Role Model of the Year and Team Leader of the Year. Keep your fingers crossed for results in October and thanks for your support making it all possible! Good Luck to all those shortlisted, there are some fantastic female advisers out there. 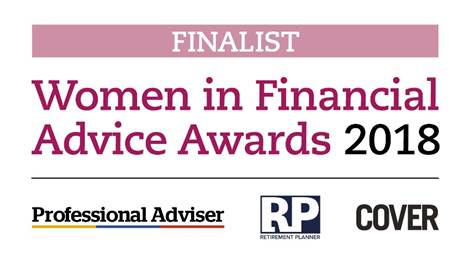 We were also delighted to be highlighted as one of the Top Nine UK Advice Firms run by a woman in New Model Adviser.

As you know, we are proud to be fuelled by girl and boy power at Rose & North but thanks for the acknowledgment NMA!
June 2018
Hayley has commented on peer-to-peer investing in online newspaper iNews.

Hayley was delighted to congratulate winners of the Retirement Planner Awards 2018 at a reception in London. She had been selected to be part of the judging panel for the second year and was again impressed by the high quality of entrants; we are delighted to have so many inspirational planners in the profession!
May 2018
Hayley is delighted to have been nominated for awards in the inaugural Women in Financial Advice and the annual Women in Investment Awards 2018. As a judge for the Women in Investment Awards last year, Hayley knows she is up against some tough competition. Results to be announced later in the year!
March 2018
​We are very happy to announce that Daniel Stansall has joined us this month as lead Financial
Planner. Daniel was working for Lonsdale Services Ltd previously and we are delighted to welcome him to the team! 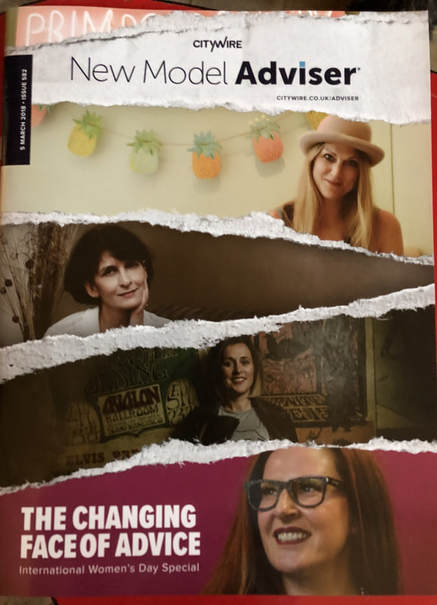 ​We were also delighted to be featured on the cover of New Model Adviser again this month in honour of International Women's Day.
February 2018
Delighted to announce that we won the ‘Highly Commended’ award in this year's Professional Adviser Awards 2018 in the Best Advice Firm of the Year London 2018 category! 🏆

The competition included a case study and a very respected panel of judges and other firms so we are very honoured. Thanks to all the team, our clients and supporters and well done to all the other winners.

The full list is finalists and winners can be found here

The full write up is here.
December 2017
We are delighted to have been shortlisted for the second year in a row in the Professional Adviser Awards (2018) for Adviser Firm of the Year - London. Thanks to all our clients for your support. Good luck to all the entrants!
November 2017
Congratulations to all the winners and finalists! Hayley really enjoyed being a judge for the Women in Investment Awards 2017.
October 2017
​Rose & North and the Personal Finance London Committee launched Capital PFS at The Bootlegger, a London venue with great speakers including Adam Piplica (pictured here with Hayley). This is a network for those wanting to make connections, gain mentors and seek support while studying. Events will restart in 2018/9. See fb.com/capitalpfs for more information. 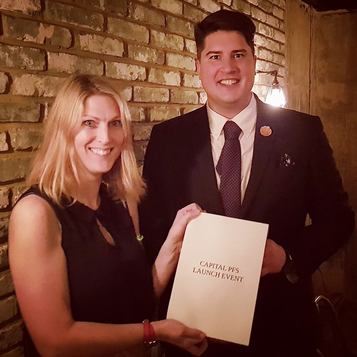 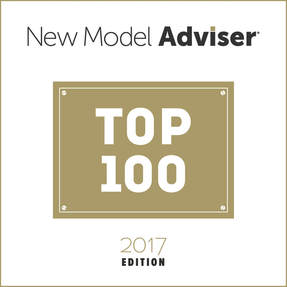 We've gone underground!
If you're passing through Chalk Farm tube station in London this month, look out for our poster. Our advertising (created by the wonderful Meltoma Design) uses a topical theme depending on the time of year and encourages brand awareness. We also use our company dog, Rose! 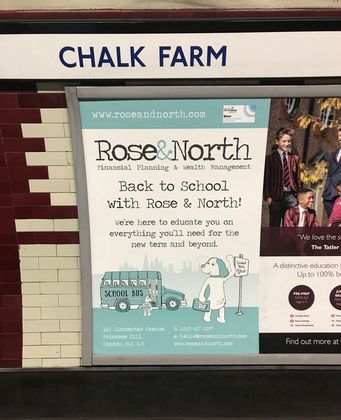 August 2017
Rose & North is delighted to welcome Jonathan Samuel to the team as a Trainee Financial Planner. Jonathan previously worked as a Personal Banker for Lloyds and we are thrilled to have him on board. 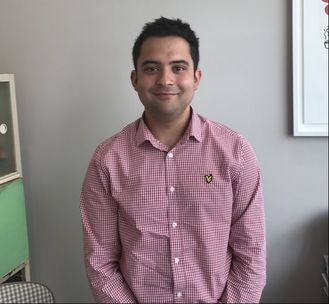 June 2017
​We are delighted to have won Financial Adviser's Life & Pensions Adviser firm of the year 2017 award.​
Thank you all for your support, we could not have done it without you! 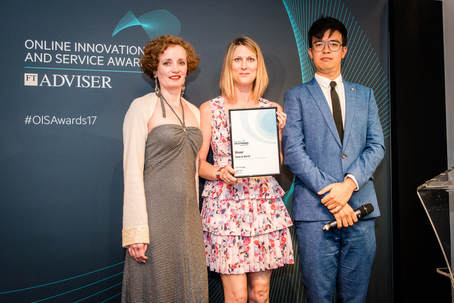 ​Hayley was also selected to be part of the judging panel for the Retirement Planner Awards 2017. Congratulations to all the winners
Hayley attended the Money Marketing Retirement Summit.
​Hayley has also contributed to several articles this month, please see our IN PRINT page for details.
May 2017
We are delighted to have been shortlisted in the Financial Adviser Life & Pensions Awards 2017.
Results are announced on 29 June 2017
Hayley presented at the Money Marketing Interactive event in London.
Hayley also participated in a panel discussing the impacts of inflation at the FT Adviser Income for All event in London. 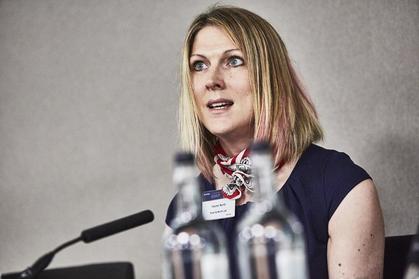 April 2017
You can read our case study this month on the Lifetime ISA (LISA) in The Daily Telegraph here.
March 2017
Hayley was invited to join the Insurance Institute of London's Financial Services Committee

After two years Tania sadly left us this month. She plans to return to her home country of Australia in the near future and in preparation will now focus on the international and expatriate client market at a specialised London-based firm. Good Luck Tania!

Hayley also made her first contribution to The Times this month, in their Portfolio Therapy section. You can read this here.

Hayley has been shortlisted for the Unbiased Media Awards 2017 in two categories: ' Financial Adviser of the Year' and 'Value of Advice Ambassador'. There's very tough competition in both categories so we are pleased to be considered. It's great to be recognised for the work we have been doing in the press and on TV. Results are announced in February. Thanks again for all your support.

Unbiased is a leading directory of financial advisers, helping you find someone to help you in your area. They also work hard to promote the value of advice in the media with the help of advisers.

Hayley also contributed to this article in The Independent - Inflation could be an issue in 2017; so along with some of our favourite financial advisers, we've given you a few tips.

We are delighted to have been shortlisted for the Professional Adviser Awards - London Adviser Firm of the Year 2017!

Hayley & Tania participated in a debate, hosted by the Personal Finance Society on financial education and access to advice at The House of Commons.
​
Hayley & Tania also attended the Institute of Financial Planning Conference

One of our clients, Alison Lyon, features in a Channel 4 'Dispatches' programme focussing on pensions. 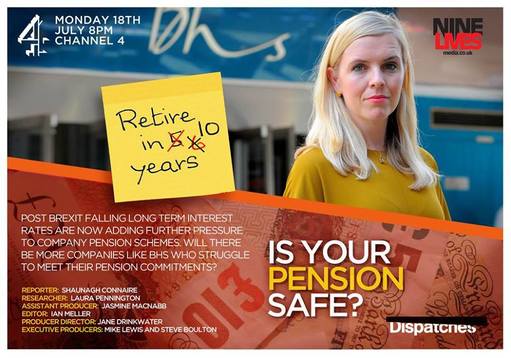 We have launched our Facebook page - come and join us!

Our New Model Adviser cover was also chosen as one of the Top 5 covers from the last 100!

Hayley featured as a one of the UK's 250 top-rated advisers in the The Sunday Times. Thank you for your reviews!​

We have moved!
We can now be found in our new office at:

Tania Loveday has joined Rose and North as a Financial Planner

We are now directly authorised by the Financial Conduct Authority.

Hayley has written an article sharing financial planning tips for the 'sandwich generation'. This will appear in a supplement sponsored by Old Mutual in the Daily Telegraph.
​
Hayley also attended the Institute of Financial Planning Conference this month.
﻿
September 2015﻿

Hayley will feature as a Top Rated Adviser in the Mail on Sunday on Sunday 27 September. Thank you for your reviews!

Hayley also attended the New Model Adviser Retreat in early September.
A﻿ugust 2015﻿
​
Hayley is selected as a New Model Adviser Cover Star. We were delighted to be profiled in the leading magazine for financial planners and advisers. 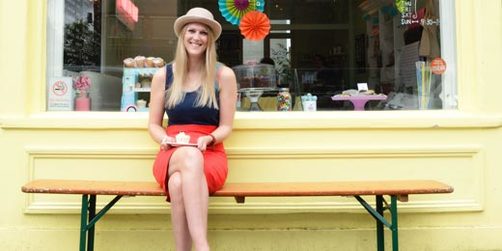 March 2015
Rose & North has been selected as a UK Top Rated Adviser by Vouched For!  We appeared in their 8 page supplement in The Sunday Telegraph on Sunday March 29th 2015.

Thank you for your reviews!

Hayley attended the Institute of Financial Planning Conference in Cardiff.

Rose & North's new website is launched! We are delighted to launch the new website and hope that clients and new enquirers alike find it a helpful resource which we will grow over time. Thank you to all our clients for your support and testimonials.

Hayley attended the PIMS conference in May 2013

Hayley North is also now a Fellow of the Personal Finance Society (PFS). Already a Chartered Financial Planner, Hayley is focused on maintaining and developing her professional knowledge through formal qualifications and is delighted to have achieved this level.
© Rose and North Ltd 2022. All Rights Reserved.  Privacy policy.